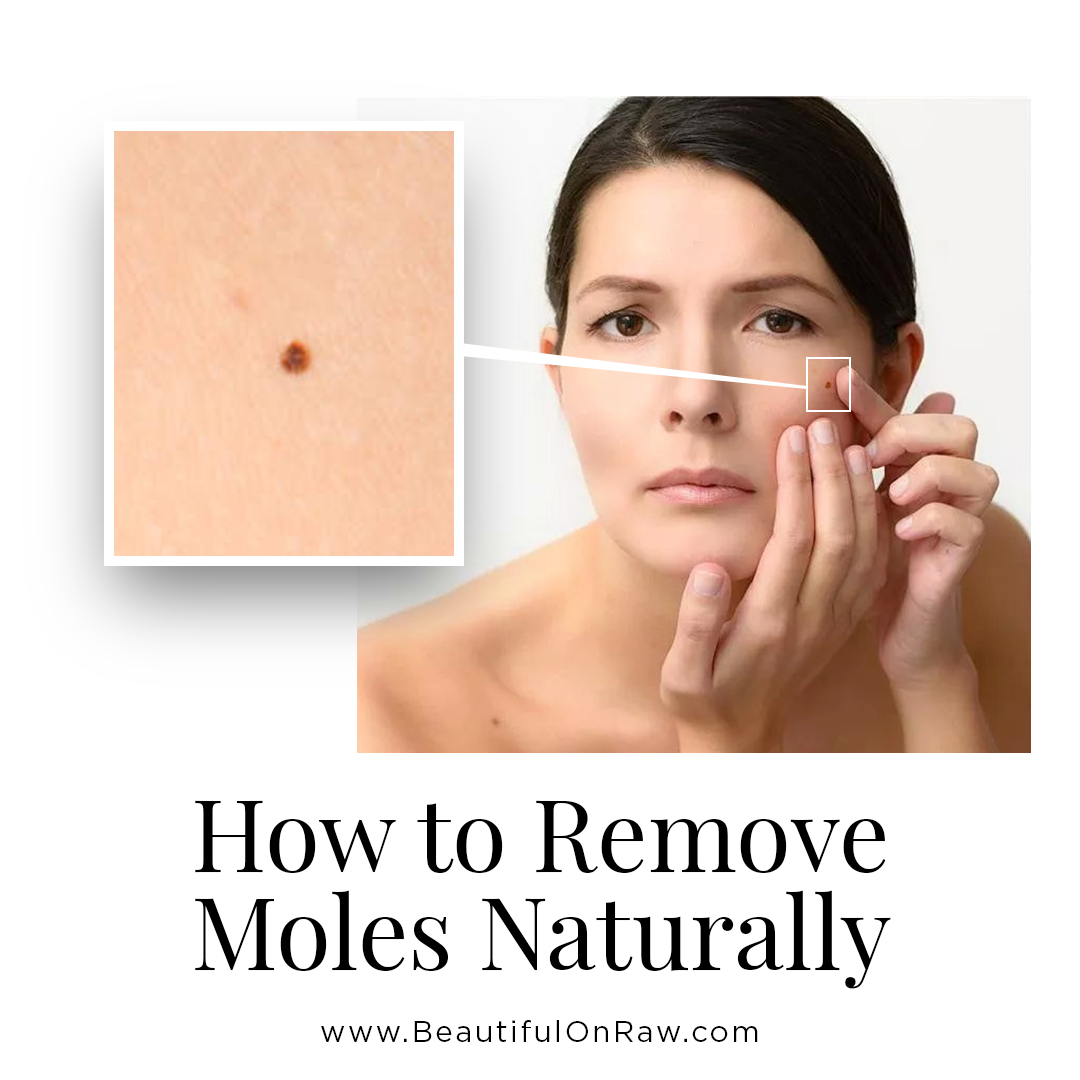 Some dermatologists claim moles are “genetically determined.” And they may be. More commonly, dermatologists link moles to sun exposure—UV, in particular. However, moles do seem to be age-related. Certainly many in their 40s, 50s, and beyond complain not only of having moles but of increases in the number they see.

Moles—especially when plentiful—are often associated with a sluggish liver. The liver regulates how the body rids itself of toxins. The skin is the body’s favored route for toxin elimination, and often exhibits rashes, boils, acne, eczema, or psoriasis when the liver is pushing toxins out through the skin.

Removing moles can cost a little or a lot. Cost varies with number, location, size, depth, and the method used. A simple in-office procedure on a non-facial area might cost $75, while a much more elaborate procedure might cost $1000 or more, especially if done by a plastic surgeon. In some cases, you can expect extra fees for pathological testing and reporting.

Scarring is common. Where this matters, look for a plastic surgeon well experienced in removing moles. Laser removal—breaking up the mole’s pigment—shows some promise in minimizing scarring. Cryotherapy—freezing the mole with liquid nitrogen before cutting it away—can leave minimal scarring in some cases.

You’ll find many stories on the internet about homeopathic methods of removing moles. You won’t find them being endorsed by the medical establishment, but they’ve been known for years, and those who’ve used them in dedicated, careful ways have claimed good results.

Apple cider vinegar is the most popular. Applied nightly over 10 days, it’s said by many to work well.

You can also remove a mole with:

Apparently something in each—sugars? acids?—breaks down or dissolves the mole. Whatever the actual chemical explanation, these home remedies do seem to work. But just because these remedies are “natural,” please don’t think they’re either magic or instantaneous. Plan to apply your item of choice on your mole three or four times a day for at least 10 days to see any difference. The whole treatment might take up to 4-8 weeks.

A customer writes in glowing terms about our High Frequency Ray device, applied to a small mole she’s had “forever” on her hand: I did it for one or two minutes, two days in a row. After healing, the mole’s remainder was hardly visible at all. I applied the Pointer electrode one more time, and after it healed … vanished! 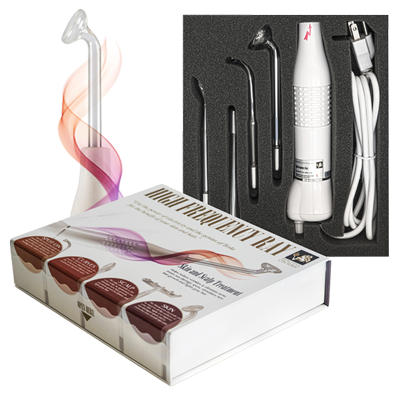 For skin and scalp treatments.

Great results, and not atypical. But do exercise caution. Not every case is right for the High Frequency Ray. Watch out for these factors…

Asymmetry - The mole is irregularly shaped, different from one part to another.

Irregular border - Watch for an irregular or ill-defined edge.

Color variation - The mole’s color is different in one area than in another.

Size - Watch for a mole that’s larger than a quarter inch (6 mm) in diameter.

Change - Be wary of the mole whose size, shape, or color changes over time.

If a mole shows any of these signs, DO NOT try to treat it yourself. See a medical professional.

You’ll sometimes see a medical claim something like this: Your unwanted skin growths can be removed immediately and painlessly …

You imagine, perhaps, the doc applying some magic potion, and zing! Gone.

In reality, the docs have no magic potion. Nobody does. There is no potion, pill, powder, cream, salve, injectable, or mechanical treatment that instantly makes skin blemishes go away.

Here it what to expect from non-surgecal procedures ... There will be a slight stinging sensation, like a mosquito bite. The area will start look worse that it was. Then in a few days a scab will form and it will take another 4-5 weeks for it to dry up and fall off. That’s the body’s natural systems at work.

There’s always a trade-off. Medical mole removal is expensive. Some moles can be easily removed with home remedies. Though most moles are benign, it's good to be careful. When in doubt, go to a dermatologist. And, yes, know there’s no 100% guarantee with a doctor, either.

There’s not much agreement in the medical world on what causes moles, and almost none on prevention, save for one thing: sunblock. Actually, I don't use sunblock, though I do try to get in a little sunbathing—at least 15 to 20 minutes a day. And at 61 I have very few moles, and all of them are very small and go back to my childhood.

Here’s my take on moles: Sunlight is a great detoxifier. To protect your body, it brings the toxins out, away from vital organs to the periphery of the body, the skin. Then the sun “bakes” those toxins and … moles appear.

So how can you avoid moles attacking your body as you get older? Simple: Stop bringing toxins in with your processed foods. Cleanse your body, so those toxins will leave your body through more efficient means—urination and bowel movements—than pushing through your skin.

The High Frequency Ray creates ozone. That ozone offers strong germicidal benefits, and so is effective in both reducing the appearance of and preventing skin blemishes. One final tip: Try out your High Frequency Ray on an old, small, stable mole—not a new one. Play it safe. But once again: Think prevention first.