How Raw Foods Make You Different

It’s my experience that over a period of several years, raw foods literally make you a different specimen. Just as there are biomarkers of “normal” aging, so, I submit, there are identifiable biomarkers of a healthy long-term raw foodist which you can recognize simply by observing a person who follows a 100% raw or high raw food lifestyle.

Years of observation in numerous yoga studios and during my lecture tours lead me to identify the signs I describe below. My sample is neither scientific, nor is it exhaustive, of course.

Usually, a long term raw food practitioner is very near his or her ideal weight. If you reach a plateau in losing weight, you need another upgrade in diet, moving toward a more simple raw whole foods menu or increasing your physical activity.

A long term raw foodist has a certain youthful grace. He is lithe and limber. “Move like a young person”—a fuzzy concept, but you’ll notice it when you see it. It’s not the same as people in their 40s and 50s who are in relatively great shape “for their age.” There is a fundamental difference you simply can’t fake.

A diet rich in fruits and vegetables gives you a certain golden skin tone—even without sunlight, and better than any lotion or makeup can deliver. A study by Dr. Ian Stephen of the University of Nottingham, published in the journal Evolution and Human Behavior, showed that people who eat several portions of fruit and veggies daily show a more golden skin color, thanks to carotenoids.

This change in skin color is most obvious in the palms of the hands and feet, even if you do not eat carrots. Carotenoids are present in most raw plant foods, not necessary orange in color, even in greens. If you regularly drink large amounts of carrot juice your skin tone can reach an almost orange appearance, so personally I stay away from carrot juice.

Raw foods are low in sodium. In the body, water follows salt. Get rid of that extra salt, and the extra water leaves with it. As a result, you get sleeker contours. And this becomes obvious first in your face.

You’ll see in the long-term raw foodist none of the cloudiness often present in the eyes of “older” people. The eyes seem brighter, more alert, more present in the moment.

Nails are the reflection of your past health history. The body regards fingernails as rather less essential to survival than most of its other parts. Thus the nails are the last in line for nutrients, and get them, in effect, only when there’s a surplus. Genetics might alter this situation a little, but after age forty or so, this factor loses its impact and the foods you eat make all the difference.

Absence of liver spots on the hands.

This is true even for raw foodists over 50. Liver spots are common at middle age and beyond. They occur most often on areas with the greatest sun exposure, especially the backs of hands.The pigmentation is initiated in damaged membrane material within the cells. The formation of age pigment takes place not only on the skin, but also throughout the whole body—liver, heart, skeletal muscles, and adrenal glands. But its build-up is most pronounced in the brain cells. And yes, age-related pigment accumulation is associated with Alzheimer’s. The fact that a long term raw foodist doesn’t have liver spots is an indication he or she is aging at a much lower rate.

You’ll see in many raw foodists a clear, dewy complexion, usually the result of regular juicing. Unfortunately, this sign doesn’t always show itself, even for super-healthy eaters. Why? Old, dry, dull skin cells are not getting sloughed off the surface. Good skin care is essential to see this raw food biomarker shine for you. 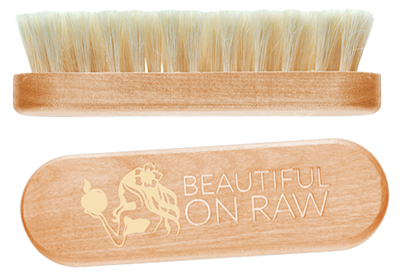 For a glowing complexion.

No “opposite sex resemblance."

”As men and women age—prematurely, more often than not—and certain hormones become imbalanced or deficient, a strange phenomenon often takes place. Men and women actually begin to strongly resemble the opposite sex. You’ve seen them…women whose broadening bodies and faces take on a vaguely masculine look…and men whose appearance loses its masculine edge, softening to a kind of vaguely feminine look. This, I believe, is one major reason that it’s challenging to find attractiveness in people over forty. They begin to lose those distinguishing feminine and masculine features so prevalent during younger years when hormones are at their peak. The raw food lifestyle is very beneficial for balancing your hormone levels and keeping you attractive.

No need for eyeglasses for up-close reading.

This characteristic is prevalent, but not universal. Obviously, it can only be observed in people over 40. The mainstream opinion is that presbyopia (age-related inability to focus on nearby objects) happens to all and cannot be prevented. We all know people who have never worn glasses and had perfect eyesight, but after age 40, they can no longer read small print. For a good many raw foodists this condition never sets in or is significantly delayed.

A Compendium of Health Beauty Secrets

"Your Right To Be Beautiful" by Tonya Zavasta is a compendium of health beauty secrets written especially for women as they approach and cross the threshold of age 40. Individual chapters expertly… Read more
The Midwest Book Review (February, 2004)