How to Curb Your Appetite at Night 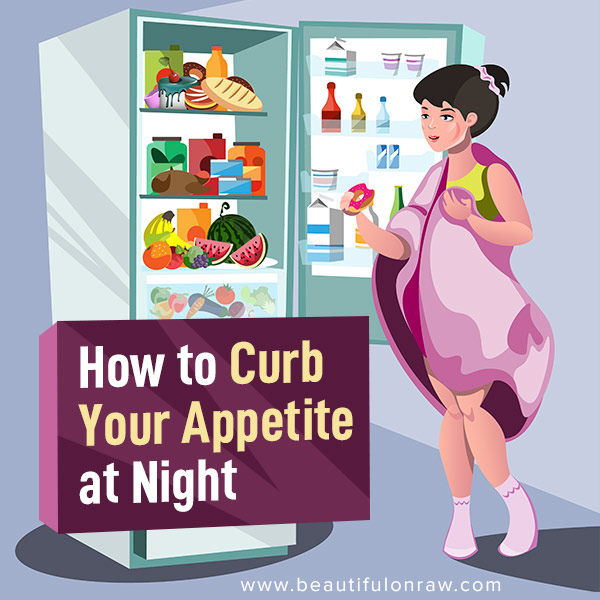 We’re all addicted to culture and its prescriptions. Media bombards us with messages saying not only is it okay to indulge in nighttime eating, but it’s a good thing. In my book, Quantum Eating, using scientific research and personal experience I’m building a case that stopping eating in the late afternoon is the best thing you can do to improve your health and appearance. Many people have asked me “how” to stop eating at night. Let me suggest a way that’s worked well for me.

There are two great things about incremental change. One is that you don’t have to fix everything at once. The second is that incremental recovery from nighttime eating is a tool you can apply wherever you are in your health journey. Perhaps you’re already raw vegan and this is a late step for you. Maybe you’re going vegetarian, or even just seeking weight loss. Wherever you are, Recovery by Increment can help.

Be Honest to Yourself

But you do have to be honest. Make a few notes about what you’ve been doing in recent weeks. You ate well all day but “lost it” between the ten o’clock news and midnight? Write down what you ate and when. Just a few wee chocolates at eight or nine? Write. You’ve gone vegetarian but added an extra bowl of soup at seven-thirty? Write, and note the time you ate that last evening meal.

Your aim is to find a pattern. Look for two things … what you’ve been eating late … and when. Perhaps you’re good during the week but bad on weekends. Or you eat Monday nights because it’s always a rough day at the office. Find your latest eating time, and start there.

For example, maybe when the clock hits nine o’clock pm it usually means a trip to the fridge for food you feel you’ve earned—doesn’t matter much whether it’s sandwich, a salad, or an apple.

Deny the Time, Not the Food

In three months, a week and fifteen minutes at a time, you’ll be down to eating nothing after six—and in better shape in your eating discipline, than most people. You’d no longer be eating after conventional “dinnertime”—a breakthrough by itself.

As you move backward on the clock, you will eat less altogether. And more healthily.

Tuck in a little support, and develop some new rules for yourself. If you’re going to the Wilsons’ dinner party, maybe you make a deliberate exception—in which case, let it be okay, this one day only. Or limit what you eat—have just the salad. Ask your husband, wife or companion to help. A tip: Don’t say It’s your job to see I don’t eat. It isn’t. It’s your own. Rather, try saying, simply, My goal is not to eat tonight, and I wanted to declare that to you. Take responsibility.

Books get written one page at a time. Your own success can be written in fifteen-minute increments. Try it!

Want to learn more about the "whys" of not eating at night? Check out the just-released Second Edition of my book, Quantum Eating.