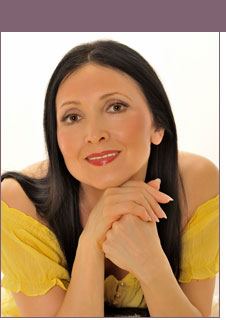 I encounter some people who tell me they've "tried" the raw food diet and failed --though I always wonder how much effort "trying" really encompasses. "Can't be done!" they say. It ain't easy, I'll agree. But it can be done. And has been done--with real success--by some pretty neat people.

In my November newsletter, I invited successful long-term raw foodists to join in a study led by a gerontologist, Dr. Luigi Fontana. We received more than 30 responses to participate in this raw food study from people practicing the raw food lifestyle, ranging from three to up to twenty-four years and LOVING it. However, due to the stringent requirements only twelve people qualified. Still, two great totals, given that long-term raw foodists are rare. I was elated reading their inspiring emails.

The volunteers were asked to provide Dr. Fontana with a description of their daily raw food regimen. Even though the basics are the same, we marvel at their creativity.

Eating a variety of fresh fruits, vegetables, nuts and seeds is pretty much the foundation for any raw foodist's success, and these formed the bulk of our respondents' dietary content. The variety was also impressive. Some people include sprouts, fermented foods, and seaweed, but these don't appear on everyone's menu. Said one 24-years-on-raw veteran:

My diet consists of lots of fresh fruit, large quantities of raw vegetables, and some nuts and seeds. No oil, nothing refined, almost none (maybe twice a year) "gourmet" raw food, very little added salt.

Of the 12 volunteers screened into the study, all but one include some "superfoods" in their regimens. Over half of those who include superfoods or supplements also take Vitamin B complex or B12 in some form. Two people said they do consume dehydrated foods, while the others do not. Three people watch their intake of fat very closely, eating only minimal amounts of oil, or none at all:

I have been completely raw for over 9 years. My diet consists of organic fruits and veggies, very little fats (mostly in the form of a few nuts and ground flax seeds daily, infrequently a few seeds, and even more infrequently minimal olive oil). 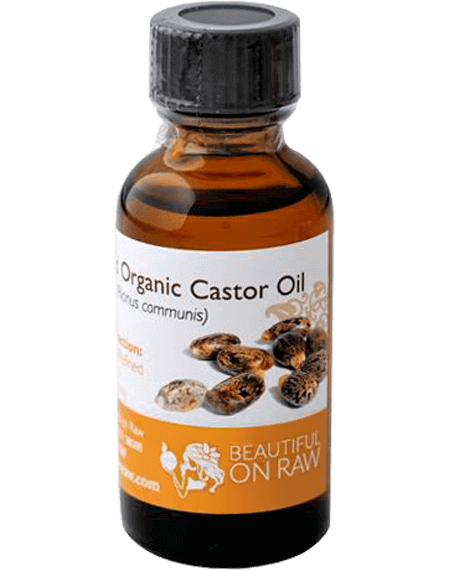 One person focuses on instinctive eating with a "mono" diet--one fruit or vegetable at a time, no mixing or blending.

Diet isn't everything. In order to succeed long-term with a raw vegan diet, or good health in general, exercise is a must:

I have been living raw, 100% for eight years and still going strong. I've been physically active most of my life, some years to the extreme and some years at a more leisurely pace.

Not everyone in the study gave details about exercise. But two people noted that they follow an intense exercise routine, including running marathons and doing Bikram yoga.

Dietary variety is plentiful across the group. Some take seaweed or sea vegetables, some not. Olive oil is the preference for many who consume oil, chia for others. Some take a short and particular list of herbs and supplements, while others vary and experiment a bit. Some eschew vitamins in supplement form altogether, while others take the Bs and some D.

One goes for sprouted buckwheat and occasional dandelions. Blueberries, blackberries and strawberries appear on several lists, goji berries on one. Smoothies for breakfast...raw soup for lunch...salad for supper--"a very large salad," one emphasized--seems to be a common pattern. A few of the less common inclusions: blue-green algae...calcium bentonite clay...nutritional yeast...sauerkraut...an avocado a day...pink Himalayan salt...bee pollen...

You'd be hard pressed to find two identical paths. It's simply up to the individual to discover what that lifestyle looks like day by day.

I hope these examples will encourage you as you are making your New Year's resolutions to get to the next level on your health journey.

In my Raw Food and Hot Yoga, you'll find more information and ideas on how to find your own path, discovering experimentally what works best for you. In doing this, you will become your own raw guru and set yourself up for success--for life! 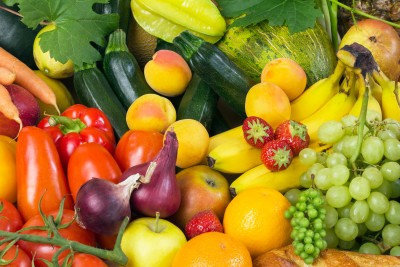 A New Look At Concentrated Nutrients

I promised to continue sharing with you what I have learned from the Calorie Restriction Society conference. One of the presenters was Dr. Andrzej Bartke, director of SIU's Aging and Longevity Research Laboratory. He has won several major research awards, including the Methuselah award for generating the world's oldest mouse. He presented the most astounding study results: when mice were fed pomegranate extract, grape seed extracts and other "nutritionally packed" combos, it not only didn't help to delay aging but also had a negative effect on longevity.  Read more in Vitamins Can Shorten Your Life!

When I hear about studies like this, I barely can resist saying: I told you so. These scientific studies make perfect sense. For a detailed explanation read Quantum Eating.

A New Look At Concentrated Nutrients

I promised to continue sharing with you what I have learned from the Calorie Restriction Society conference. One of the presenters was Dr. Andrzej Bartke, director of SIU's Aging and Longevity Research Laboratory. He has won several major research awards, including the Methuselah award for generating the world's oldest mouse. He presented the most astounding study results: when mice were fed pomegranate extract, grape seed extracts and other "nutritionally packed" combos, it not only didn't help to delay aging but also had a negative effect on longevity.  Read more in Vitamins Can Shorten Your Life!

When I hear about studies like this, I barely can resist saying: I told you so. These scientific studies make perfect sense. For a detailed explanation read Quantum Eating.

When You Have Doubts

My Facial Exercises video, posted on YouTube, drew this reaction from a reader:

Great video! Your skin is LOVELY--not a flaw, nor an age spot or sag. Obviously you are very healthy. Thanks for sharing. Please, in your next video, I'd love it if you would "frown" to show that you do not have botox.

My reply to this kind person--call her Catherine: Thanks indeed for the compliment, dear viewer, but you've missed my main point. I mentioned in that video that I haven't been eating cooked food for thirteen years (it's fourteen now). Why have I taken this path? Simple--to avoid the toxins cooked food delivers. For the most part, these toxins, dangerous as they may be in the long run, aren't outright killers. Botox, however, is.

In case you haven't heard about two scientific studies which revealed that injected botulinum toxin (i.e., Botox) can travel to the brain, degrading proteins. One study was conducted in Italy, and published in the Journal of Neuroscience in 2008. Rats were given injections of botulinum around their whisker muscles, and three days later it was found that some of the toxin had reached their brains. Another study was done in Canada on cats. It revealed that the toxin passed easily into the surrounding muscles and weakened all the muscles in the area. The results support other research that has already shown that botulinum can pass through tissue surrounding muscle. 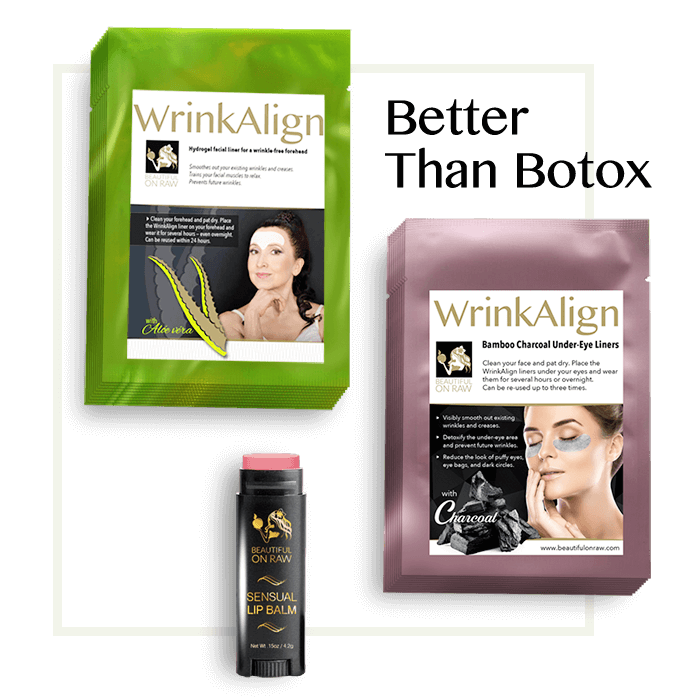 With each Botox treatment, toxicity rises. The need for more treatments becomes greater with time--not less. Botox is a "beauty drug" of the worst kind; it puts you "on the needle." Once you're on it, you'll begin to look worsewhen you don't have it. You'll need it again and again. Ultimately, Botox isn't a beauty-maker--it's a beauty breaker.

It's sad, frankly. There is so much artificial health and beauty around, that the very concept of real, natural has to be defended and proven. We have trouble seeing the plain truth: Inside healthy greatly improves your outside looks. Plus skin care is of paramount importance. What do we need to do, how far do we need to go, to make the point clear? Catherine wants "proof." I could hand out notarized certificates saying I'd never 'done' botox, never had a nip or tuck. A private detective could be hired to follow me around, making sure I don't do these things. I could even do a YouTube video How to Frown? And, next time I give a presentation I could strap myself to a chair and let audience members prod and tweak my face to their hearts' content. Still, I doubt I'll be able to convince everyone.

But there is something you can do that can be hundred times more persuasive. Adopt the raw food lifestyle yourself, and your skin, body, eyes, voice, even the way you move, will grow younger.

The transition is not easy. It definitely can be a bumpy, two steps forward, one step back journey, that requires some intelligent tailoring to fit your own body. I presented the accounts of twelve raw food veterans in the first part of this newsletter, so you can get some helpful ideas. There are many others who are experimenting with raw foods and getting their own proof. Ultimately, it's your own transformation that will make you a believer in the beautifying powers of the raw foods.