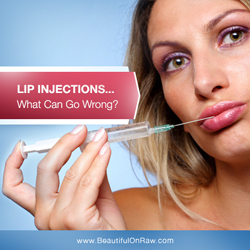 Juvederm and other lip injections—simple “procedures” that give you those big, full, movie-star lips—have side effects. Complications. Everyone knows that, because it’s in the fine print. If you decide to get such a procedure, you’ll have to sign a waiver saying you understand the risks and won’t sue if something goes wrong.

Still, you don’t worry. After all, you’ve never actually met anyone who’s had trouble, have you?

Now, here’s an important issue to consider. Overwhelmingly most—nearly all—of the women who seek cosmetic lip injections are people who eat more or less conventionally. They may “watch their eating.” They may be perpetual dieters, or weight-watchers, but they’re eating a good bit of meat, some processed foods, definitely cooked meals, and more. They are, more or less, “normal.” It is for this broadly described population of normies (did you know that's an actual word?) that lip injections are made. It’s these normies for whom complications are relatively “rare.”

But what if you’re eating mostly or entirely raw foods?

You have no idea how an injection will affect you. And neither does your doctor. All of his fine print might be more relevant to you than the person sitting next to you in the waiting room. Because remember, you’re not a normie.

A person accustomed to raw foods is likely to be vastly healthier than an average person on a Standard American Diet, can we really know how lip injections would work—or not work—in healthier populations?

Lip Injections...Possible Risks and Side Effects

Consider some of the complaints I found on the internet:

Cases of massive swelling can occur with lip injections, and can last for days or weeks.

Bruising can be minor, or major. It can disappear in a day or two, or last for days, even weeks. And there is pain. Indeed, according to standard medical texts, only about 1% of people can receive lip injections without an anesthetic.

Then there are the little “accidents” that can occur. Oops! A nurse just misses a tiny bit, and the injection floods into a vein, blocking it. No one notices anything... until your flesh begins to die. Surgery. Pain. Money. And the original objective of prettier lips is likely ruined.

If you’re a raw foods enthusiast, there are two things to consider:

First, with any kind of lip augmentation injection, you’re putting something alien into your flesh. It may not be something as offensive as botox, but it is something that doesn’t naturally belong there. Second, if you’re like me in eating all or mostly raw foods, we’re different.

Risks—and horror stories—are possibilities for anyone contemplating cosmetic lip injections. For those following or approaching the raw food lifestyle, the risks include even more unknowns.

We know how to be healthy. Why borrow practices designed for the unhealthy?

The Best Alternative to Lip Injections 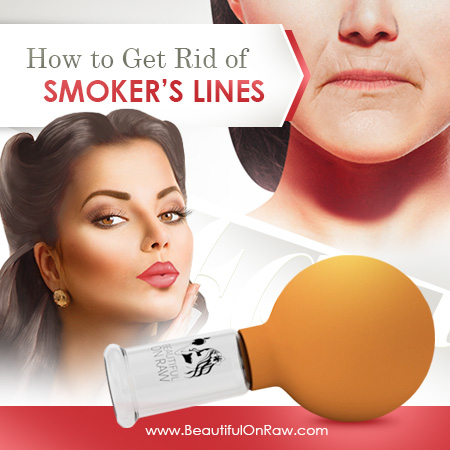 If you’re really healthy, the best we can expect is that lip injections just won’t last. On the downside, we don’t know what they’ll do, or how your healthy immune system will react.

There is another way…RejuvaCup. By using the RejuvaCup, you won’t get those “big lips.” The RejuvaCup will, however, give you more youthful lips, simply by plumping them up. Walk into that party, that important meeting, looking just right.

There’s more than appearance at stake. By using RejuvaCup daily on your lips, you’re bringing fresh blood flow, and your diligence will be rewarded with youthful lips for years to come.

The Raw Food Diet/Lifestyle
Beautiful On Raw Contacts
How to Choose the Best Blender for Making Green Smoothies
Will Dry Brushing Cause Damage to My Skin Over Time?
Natural Beauty Tips