A Natural Alternative to Retin A 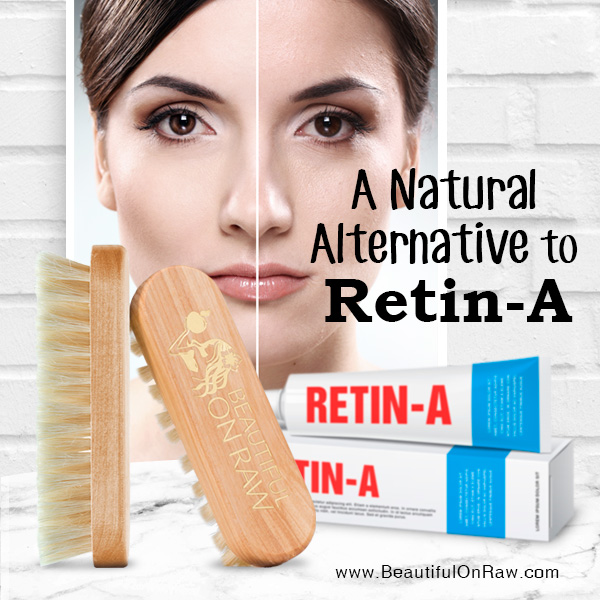 One of my readers complained that, despite healthy eating, she started to experience unexpected liver problems after using Retin-A. I did some information-gathering and here’s what I found …

Nowadays many women are reaching for the latest discoveries such as Copper Peptides and Retin-A, two patented products promising unique, unrivaled benefits. Retin A chemically exfoliates, while copper peptides assist in wound healing and recovery. Both promise to “remodel” your skin, and they do—after a fashion. But once you understand the science behind it, you’ll see there are easier, cheaper, and healthier ways to do the same job. How do I know? Because I’ve been doing it for the last 15 years with great results.

What is Retin A?

Let’s take a more careful look. As the product’s name suggests, it is a retinoid, a chemical compound derived from Vitamin A, and is only available by prescription. This by itself sends up red flags for me.

Retin A is commonly used to treat acne, but users discovered that their skin also improved in other ways. This, I believe, is due to the fact that your skin will immediately go into a repair-and-rejuvenate mode after damage is inflicted on it.

Retin-A is known to boost collagen production. But this is something your body will do on its own if you exfoliate enough.

Retin-A interferes with your body’s ability to use vitamin A. Using Retin-A and other prescription topical retinoids (such as Stieva-A, Tazorac, Renova, Differin, tretinoin, and the like) isn’t the same as eating food that’s rich in vitamin A. When we consume vitamin A, it must be converted into its active form, retinoic acid. Retin-A is already retinoic acid, and it binds to our retinoid receptors to elicit various responses in the skin.

Here’s a pretty frightening fact: A clinical trial comparing tretinoin cream to a placebo was halted because of a high number of deaths in the tretinoin group. Researchers buried the study for years. When it finally came to light, the deaths were attributed to mere “chance.” The US FDA and Health Canada have so far remained disturbingly silent.

Among the more common side effects of tretinoin topical creams in humans are burning feeling or stinging skin, lightening of the treated area, severe peeling, redness, and/or unusual dryness. More rarely, a darkening of the skin may occur.

Some report watery eyes when they start using Retin-A and similar products. Tretinoin, please note, is a toxin, and some of the possible side effects are blurred vision and other eye problems. The eyes are built to store and process vitamin A. Insufficient retinol in the retina leads to poor dark adaptation—"night blindness”—which also brings on headache, drowsiness, and blurry vision.

The Retin-A benefits come with a price. The effect of increased skin cell turnover can be irritation and flaking, as retinoids make skin very sensitive and susceptible to damage. So sensitive in fact that you must wear sunscreen daily if you go out in the sun even for a few minutes. You cannot use retinoids if you are pregnant or trying to become pregnant because it could cause birth defects. Another red flag!

All these new skin renewing methods base themselves on an old idea: inducing repair by stripping the outer layer of skin, “tricking” the body into producing new cells and making new collagen. “Damaging” your skin is a highly effective way to see a real difference in skin quality. Retin A does that, and in essence that’s why it works. There is, however, a better way to do it. Facial dry brushing accomplishes what all these products and methods claim to do—and then some! 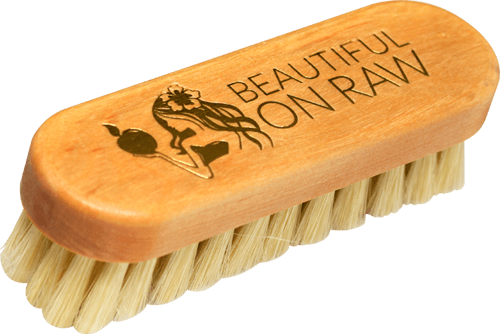 Polish Your Skin Until It Glows

The utility of copper peptides was discovered by Dr. Loren Pickart in the late 70’s while researching wound healing. He researched the effects of peptides (small fragments of proteins) on tissue regeneration, eventually patenting several peptides that bind in specific ways with copper. Certain copper peptides help reduce scar tissue formation while stimulating the skin to return to its original condition. It is the wound-healing effects of copper peptides that lead some doctors and dermatologists to use them as a recovery aid after procedures such as chemical peels, dermabrasion and laser resurfacing. Because they are also anti-inflammatory, they are often used in combination with products such as Retin-A.

I’ve found that skin that is healthy inside-out will automatically kick into recovery mode and rectify purposely induced damage (via brushing as opposed to retinoids), with or without copper peptides. My belief is that topical application cannot increase collagen, but stimulation via facial massage, exercises and brushing can. This is especially true if you give the body the nutrition it needs via a raw food diet to perform these functions. Did you know that some of the best sources of copper in the diet are leafy greens, nuts and seeds?

Instead of adding more pharmaceuticals to your lifestyle, why not go the natural way? You can get the desired effects of Retin A and copper peptides completely naturally and safely by practicing facial dry brushing.

People often give up in the first few weeks of using Retin-A because the irritation causes them to think it isn’t working.

Compare this with facial dry brushing. This practice, too, increases cell turnover, unclogs pores, and increases circulation, but without side effects. Initial irritation is very mild and only lasts until your skin grows accustomed to the brushing.

So what’s a girl to do? My vote … Lose that Retin-A altogether. Get your glowing, plump complexion by simply dry-brushing. Easy. Cheap. No risks. No side effects.