How to Lift Your Face 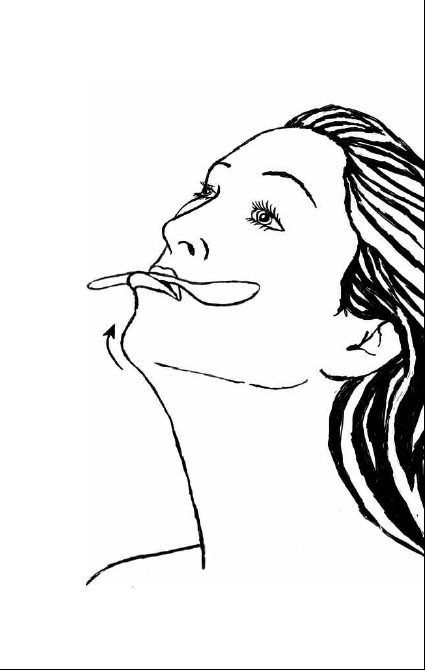 Are Facial Exercises Good for You?

Admittedly, facial exercise is a controversial topic. I found that, while long-term practitioners rave about the benefits, most doctors do not support facial exercises. Most dermatologists and cosmetic surgeons are against the program. Well, that's understandable, I thought. It's called a conflict of interest. Doctors are also not in favor of my 100% raw foods lifestyle. Since most of what I do to stay in great health goes against a doctor's advice, I decided that was probably a plus for the exercises. 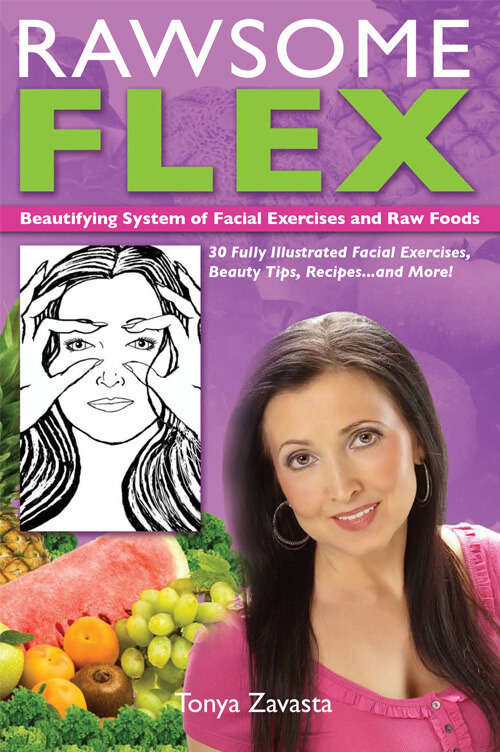 Tone Your Face and Neck

I have just tried the [“circle the eye” flex] exercise for the first time & my eyes already feel more toned & refreshed. Amazing!

Cosmetic surgery often requires cheek implants to plump up the face. Why? Because facelifts drag the face backward. While this eliminates sags, it pulls away the fullness of youth. Occasionally, cosmetic surgeons suggest the addition of exercises after a surgery, but generally, they ignore the benefits because exercise doesn't cost thousands of dollars. Surprised? You shouldn't be!

On the rare occasions when facial exercise is discussed, it usually winds up being accused of causing wrinkles instead of smoothing them out. Some experts say that you should not exercise your facial muscles. Their theory is that moving these muscles around during everyday living is responsible for all those little lines showing up in the first place.

Movement causes wrinkles? There is some truth in this. The idea that skin movement causes skin to wrinkle would be true only if our skin were a sheet of paper or a piece of cloth. But skin is a living organ, repairing and rejuvenating itself. Look at children. Kids notoriously make monster faces, often extremely repetitively, that do not result in wrinkles. (Remember your mom saying, "If you make that face one more time, it'll stay that way"? Rest assured, it's a myth.)

A young person’s epidermis continuously develops to accommodate new growth in both musculature and skeletal structure. The challenge is to make our mature skin respond like young skin. The raw foods diet is our only chance. On raw foods, our system works as efficiently as a much younger person's.

Scientists researching the cooked food population believe that growth occurs from birth to about 25 years of age, after which the human body slowly begins to decline. It is when the epidermis is no longer growing and stretching - when it is half dead, in other words - that the ravages of gravity begin to take effect.

I am doing your facial exercises - fantastic book!

For years I had various books (FlexEffect, Eva Fraser's program, you name it), but could never get myself to actually do it, until I had bought your book. I think just knowing your story and all the medical problems and surgeries and pain and suffering you had to endure (and it usually does impact the appearance, and not in a good way), and yet you managed to look gorgeous, happy and are trying to help others - that inspired me so much that for the 1st time in my life I have actually started doing something for myself - following your program. Thank you!

Solutions to Aging Neck
Face Exercise Book
Raw Food Diet and Your Budget
Health and Beauty: When Natural and Unnatural Practices Clash
Are Facial Exercises Damaging? You Must Know the Truth

My Evolution on Raw Foods

We all must start somewhere. There is never a finality to it, it's the process that matters. I, myself have evolved for the past 18 plus years (I am still a human and haven't become another species,… Read more
Mindy Goldis (June, 2008)