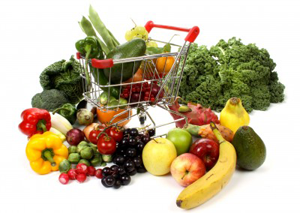 Testimonial of the Month

I arrived in September 1993 at the Kushi Institute to study macrobiotics and the weather was still very nice and balmy, but living in the Berkshires, it would eventually get very cold with snow that remains for months. One of my favorite teachers there was Lino Stanchich. This man has a "large" presence and the sweetest disposition. He is strong physically and speaks from his heart. He radiates a wonderful balance between the physical and spiritual. I liked him immediately and I developed a wonderful connection with him.

As Tonya indicated in her May newsletter, Lino's father, Antonio, survived a Nazi concentration camp because he chewed his meager ration of food, as well as his water. Lino told us that his father discovered that chewing his water not only quenched his thirst, it also gave him more energy. He shared it with other friends and most thought he was crazy and chose to "inhale" their food instead, but two people adhered to his instructions. When they were liberated, only Antonio and his two friends survived because of their practice of chewing.

There is actually more to the story, as told by Lino in one of our classes. Lino, himself, was in a labor camp later in years and always remembered how his father survived the concentration camp. Of course, he never practiced chewing his food before because he didn't feel the necessity. Now, since his life was at stake, he knew that he had to follow his guiding light, his father, Antonio.

I remember Lino telling us that they could receive a small parcel and his mom sent him onions, salt and bread. Most times the packages were stolen, but who would want to take these things? As it so happened, Lino always received them. This was in addition to the rations that were provided. He chewed his food and water just as his father had done, 150 times or more per mouthful. In addition to that he closed his eyes while chewing and realized it strengthened him even more.

In sharing this story, Lino wanted to impart on us the importance of chewing your food and drink (sounds like it would be hard to chew your liquid, but it is actually possible/doable and takes practice). To takes this message further, he decided to have a "Chewing Class." To continue reading Mindy's experiences go to her Blog here or check out her YouTube channel: www.youtube.com/TheRawsomeVeganGal

To learn more about the benefits of chewing your food, take a look at this article: Chewing Guide to Raw Food Success.

Could Parasites Be Compromising Your Raw Food Success?
Medical Tests … Are You Overdiagnosed?
Why You Need to Soak Your Nuts
Book: Beautiful on Raw UnCooked Creations
Natural Remedies for Hot Flashes