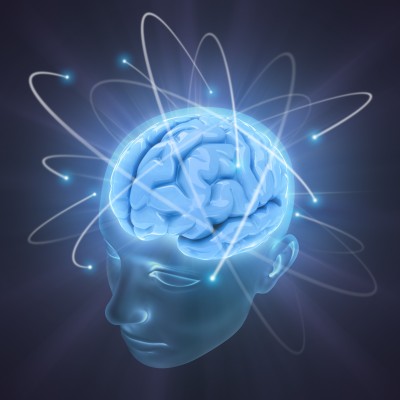 Everyone fears, at some level, the prospect of afflictions such as Alzheimer’s and senile dementia. Can healthy eating head off or delay such disorders? Then, quite apart from these dreads, there’s a parallel question: What might diet do to improve our thinking now?

Science tells us: quite a bit!

Everyone would acknowledge that restricting calories brings weight loss and, for many, better health. But few of us think about Calorie Restriction (CR) diets as boosting brainpower. Yet science can legitimately announce for CR a litany of benefits in the cognitive and psychological realms…

Quite a list! Yet every item is backed up with sound scientific research. Lets look at some of the benefits in more detail:

Calorie restriction has been linked with both prevention of Alzheimer’s and the general improvement of cognition. Two researchers, Gillette-Guyonnet and Vellas, specifically attribute to calorie-restriction diets both improved resistance to inflammation in the brain and reduction of stress.1

Martin, Matson and Maudsley, in a very useful and informative review article, comment at length on research crediting both CR and intermittent fasting with improving energy, cellular stress mechanisms, and resistance to Alzheimer’s and Parkinson’s.2

The conference on calorie-restriction which I attended in Las Vegas brought me face to face with a leading researcher I’ve long admired—Luigi Fontana of Washington University. During conference sessions, Dr. Fontana presented work—some as yet unpublished, which revealed facts some might find surprising. Vegans, he showed, do as well on their diets, health-wise, as do followers of calorie-restricted (CR) diets on theirs. Alternate-day fasting works as well for laboratory animals as do CR programs, and that has now been proven across a range of species.

My anti-aging program, Quantum Eating, combines the benefits of CR and fasting in a system that may be more workable for many. The clear indication after this conference: Quantum Eating works, and it has a sound foundation in science. One great benefit for me, beyond scientific vindication: Since it’s now clear you don’t need to reduce calories sharply to get anti-aging benefits, I can now suggest Quantum Eating for athletes.

I encourage you to conduct some online research of your own to learn more about recent scientific findings of the exciting benefits of CR diets.

"IF" is a pattern of eating that alternates between periods of fasting (usually meaning consumption of water only) and non-fasting. Traditionally, practitioners of IF follow a “one day on/one day off” fasting routine.

My anti-aging system, called Quantum Eating includes a more practical version of IF. Instead of alternate-day fasting, it incorporates daily evening fasting, which many people find to be easier to practice yet still just as beneficial.

Those of us actually putting into practice such dietary programs already know their value. The benefits present themselves to most of us in terms perhaps “unscientific” but nonetheless powerful: We feel more alert…’sharper’…‘more alive’…recognize ourselves as not only feeling better but thinking better. Now, we can add the confirmation of recent scientific findings to the practical knowledge we’ve already obtained from following sound eating practices.

This blossoming of knowledge and health will demand but one thing: an open mind.