Luigi Cornaro Lived to Be 102 Years Old: What Can We Learn from Him? 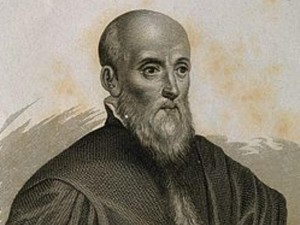 I’ve discovered in my reading someone whose life I want to share. He comes to us from Renaissance Italy, over 400 years ago. His works are a commentary on the ideas, insights, and experiences of a man who lived a then truly remarkable 102 years, though most doctors thought he would die by the time he was forty.

He suffered colic and gout, accompanied by an almost continual slow fever and a perpetual thirst. I’m talking about Luigi Cornaro, the author of several works, including his Discourses on the Sober Life.

Most of the doctors in his Genoa home thought he was, at age 35, dying. One, however, advised him to cut down on his riotous living, drinking, overeating, and generally abusing his body. This doctor told him he must consume food, whether solid or liquid, sparingly. Cornaro resolved to follow his doctor’s advice. Within days he began to feel better. Inside a year he was enjoying excellent health.

Quite simply, he was advised to eat as little as possible. Luigi started to live what he called the “temperate life,” “La Vita Sobra,” the title of one of his books. He cut his solid food down to twelve ounces a day of solid foods, in two meals, and drank pure grape juice, 14 ounces, also divided into two servings. (For you metric types … 1 ounce = 28.5 gram, 12 ounces = 342 grams, 14 ounces = 399 grams.)

Beyond his four Discourses, Cornaro engaged in extensive correspondence about how he attained and maintained his fabulous state of health. Luigi Cornaro was healthy and happy, dying in his rocking chair at 102. His mind remained clear and he wrote that his hearing and vision were perfect.

He achieved this remarkable life and contented death by following two cardinal rules: First … Eat what agrees with your digestion (quality) Second … Eat as little as possible (quantity).

Luigi ate a little meat, an egg yolk now and then. He liked panado, a vegetable soup with a little tomato. He drank grape juice. He advocated finding the foods that agreed with the individual’s system. He admitted he was unable to eat some foods that he liked because of digestive problems. But he never dismissed these foods for anyone who found they could tolerate them. He did believe that you should “Please the stomach and not the palate.”

He discovered that melancholy, hatred, and other violent passions which have great influence on our bodies, do not influence the lives of those who follow the two simple rules.

At 70, Cornaro suffered a serious coach accident. He suffered multiple injuries and dislocated an arm and a leg. He was unconscious. Doctors thought he would die. They decided to use a then-common medical remedy—purging and bleeding. When Cornaro regained consciousness, he refused the treatment, feeling that his lifestyle insured his blood was pure. “I recovered,” he wrote, “as I thought I should, without feeling the least alteration in myself, or any bad effects from the accident.” Cornaro basically became his own physician, the best he could have. A man acquires a perfect knowledge of his own constitution and the food and drink which agree with him best.

He believed, in particular, that as we age we should reduce the amount of food we consume. “Some sensual unthinking persons affirm that a long life is no great blessing, and that the state of a man, who has passed his seventy-fifth year, cannot really be called life,” wrote Carnaro. But “this is wrong, as I shall fully prove; and it is my sincere wish that all men would endeavor to attain my age, that they might enjoy that period of life which of all others is most desirable.”

Cornaro made a case for the joys of a long, fruitful life in opposition to the hedonists by listing his accomplishments at 82: “Besides this house, I have my gardens. At my present age of eighty-three, I have been able to write an entertaining comedy, abounding with innocent mirth and pleasant jests. This sober and moderate manner of living brings so much happiness.”

If you are ready to email me and rebuke me: How could you promote eating meat, eggs, bread and cooked soups? Don’t! I do not promote cooked foods, especially animal products, in any way. One of the great obstacles to learning from such examples is the lack of perspective, a crippling inability to judge the past by its own rules. There was both more and less raw food in those days. Fruit and vegetables in season have always been an integral part of any diet.

I am a promoter of the raw food lifestyle, and a very passionate one. But I will also tell you who I am not. I am not a dogmatist. I am willing to change my theories as new facts emerge. I know people who became B12-deficient, took some raw eggs and became better. So be it.

But as for me, I do not promote eating any animal products. I have not touched them for 12 years and now I never miss them. I am for anti-aging benefits and youthful appearance as side effects of superior health. I get truth where I find it. I keep my mind open.

I’m an unabashed accommodationist—no arbitrary purist. I believe we have to accommodate Ellen White, Luigi Cornaro and many others who have achieved good health eating partially cooked food in the health equation. Why did they succeed? The obvious answer: They all ate very little. Therefore, as I stress again and again in my new book, Quantum Eating, to achieve good health and longevity, it’s fully as important to lower calorie intake as it is to eat raw.