Vitamins Can Shorten Your Life! 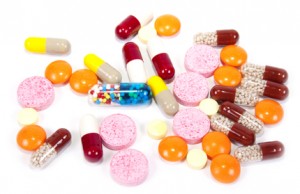 They’re good for you…that is until they’re bad.

You don’t have to look far these days to find nutrition science changing its mind right and left. Oat bran is good for you, they tell us, and it’s a “must,” plastered across every cereal box. Next thing you know, they’ve discovered it’s not such a great idea. First you hear caffeine is bad for you, then the nutria-gurus recommend we drink a coffee a day for the antioxidants. So what about vitamins? For decades now we’ve all been assured we need a good multi-vitamin every day just to be sure our bases are covered.

And now…well, there’s a lot of research coming to light which tells us that maybe all those pills and powders are doing more harm than good in the long run. Supplements have gained monumental popularity in the last decade, largely thanks to marketing. But now the pendulum is starting to swing the other way. A good sign that maybe, just maybe, it’s part of a movement to get back to basics.

A recent long-term study, published in the Journal of the American Medical Association, revealed that men who supplement daily with Vitamin E have a 17% greater risk for developing prostate cancer than those who don’t. The study was originally launched in hopes that supplementing with Vitamin E and selenium would reduce the incidence of prostate cancer. Yet they found the opposite. This report—just one in a chain of disenchanting findings involving nutritional supplements—didn’t explain exactly why Vitamin E supplementation was raising the risk for prostate cancer in men even after they discontinued usage. According to the study, “the observed 17% increase in prostate cancer incidence demonstrates the potential for seemingly innocuous yet biologically active substances such as vitamins to cause harm.”

You needn’t crack the medical journals to see the trend. A daily peek at the Health section of Google News shows a growing trend in studies revealing that vitamin supplements are not onlyfailing to extend life and health but are actually helping to hasten illness and death.

Jaakko Mursu is lead author of yet another piece recently published in the Archives of Internal Medicine detailing a study done on 38,000 women aged 55 and over participating in the Iowa Women's Health Study. Mursu summarizes his findings: “I would conclude that supplements are not protective against chronic diseases. In some cases they may be harmful, especially if used for a long time.” More specifically, the study found that women who supplemented with vitamin B6, folic acid, magnesium, zinc, copper, iron and multivitamins faced a higher risk of death than those who did not.

It’s no longer all that remarkable, around the world, for people to live to a hundred and more. Each has a different ‘trade secret’ for a long life, but none I have ever read about credits his daily multi-vitamin or other supplement with the victory. You will read in coming months and years, almost certainly, about how science is ‘discovering’ that nutritional supplements were not the great panacea they were thought to be.

Someone’s going to allege some high-powered political-industrial agenda—perhaps entwined around a move to make supplements available by prescription only. After all, they’ve been “proven dangerous,” and we’ll need to “protect the public.” Everybody from the AMA to HMOs to the Illuminati will be implicated. But this chatter will only distract us from the real issue. And that real issue is…what? It’s that we’ve missed what’s been right before us all along: that the only “supplements” we need aren’t supplemental at all. They’re basic, and they’ve already been handed to us by Nature.

In my book Quantum Eating I devote a whole chapter to supplements. My other books, too, all in differing degrees, address the fact that most people on the raw food diet, need little or nothing in the way of supplements.

How to Survive Your First Hot Yoga Class: My Initiation, And Yours!
Your Body is a Miracle of Adaptability
Unwanted Facial Hair and Your Diet
Feeling Cold on the Raw Food Diet
Autophagy Diet for Anti-Aging