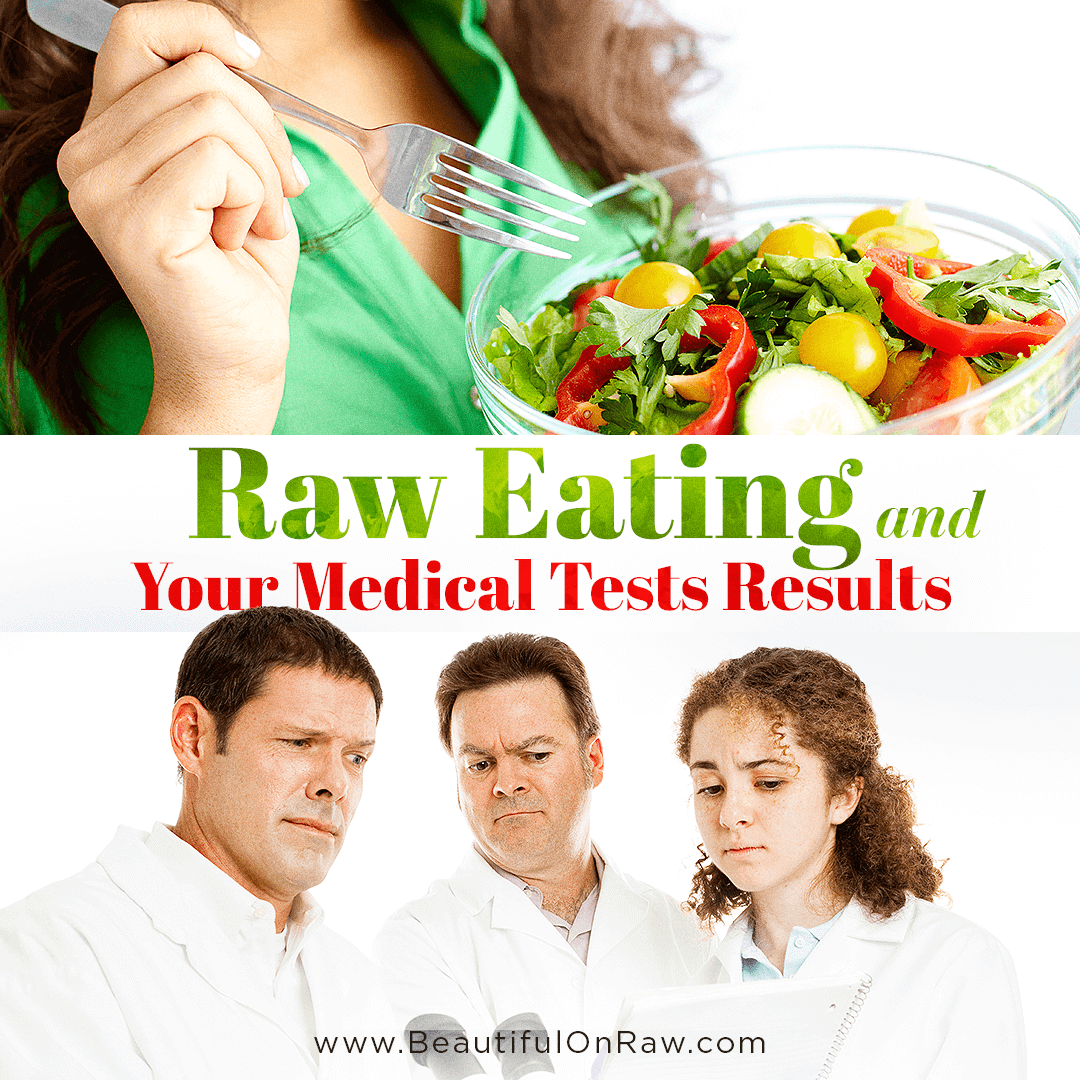 This email came from a couple. Both have been 100 percent raw for several years:

Tonya! I'm at my wits end! We went to give blood today and my iron count has dropped to 35. Last time it was 37—one point below where it should be in order to donate. The strange thing is, my husband's was also 35. His iron count has always been fine.

Our main focus for our green smoothies is kale, spinach, chard and other greens. We also eat raisins and hemp seeds.

They tell me at the blood center that watermelon is a good source. Yet I drink watermelon juice by the quart! I've referred back to your Beautiful On Raw book and just can't figure out what we're doing wrong! I do get tired in the evening, around 8 or 8:30, so there's obviously something that's not right. Any comments?

This email brought to mind an incident which took place back in 2001 after my hip replacement operation (due to congenital hip dysplasia). My blood test showed I had low iron. The intern brought me the news and offered a pill. Just out of surgery, I was more than usually inclined to believe “doctor knows best.” I dutifully swallowed the pill. My body promptly rejected it, and out it came.

The doctor, rather an old school type, came into the room right about then. “Doctor, this patient has low iron,” the intern announced in alarm. The doctor leaned down and took my hand in his. He studied my fingernails for a moment and announced with certainty, “No, she doesn’t.”

That episode turned me into a difficult patient in a wink. Later, I did some research and learned that pale, whitish nail beds may indicate a low red blood cell count, consistent with anemia. An iron deficiency can also cause the nail bed to be thin and concave and show raised ridges.

What did I learn from this story? Laboratory tests are based on “standard” patients on “standard” diets and oftentimes taking “standard” medications as well. It has been brought to my attention time and time again that people on raw foods diets deliver “abnormal” blood tests even when they are the picture of health. It is common for those on the raw food diet to have low white blood cell counts and iron levels by comparison with average, “normal” ranges.

My experience, for example, showed that my iron level was low, but only in relation to standard values—not in relation to how healthy I really was. My daily juicing and raw food diet provided my body with everything it needed. I felt fine, and fortunately for me, that doctor knew how to use the signals my body was giving in order to make that determination. Test results may not always be accurate, but the body’s response is. There are other ways besides blood tests to determine whether there really is a problem: The body is equipped with methods for indicating when something is out of balance.

Now, don’t you dare to think I’m telling you to ignore everything your doctor tells you. Quite the contrary, I am just pointing out that we must educate ourselves and understand why, when people are healthy and cleansed on the raw food diet, they cannot be put into the same category as those who are persistently unwell. That’s comparing apples to oranges.

But what if you actually do have low iron? How will you know? The most pronounced symptoms are usually extreme fatigue, lethargy, dizziness, headaches, loss of appetite, heart palpitations, pale skin and a persistent feeling of cold. If you experience these symptoms, by all means have your iron levels checked and seek advice of a qualified health practitioner. You might want to check out the article Raw Foods and Iron Deficiency.

Do keep your perspective, though! While one symptom of low iron is fatigue, just because you're tired doesn't automatically mean something is wrong with you. Healing is not a straight ascending single line, it is more like: two steps up, and one step down. Keep in mind: All the physiological processes in the human body are going though rhythms and cycles. It will become more apparent when the body is rebuilding itself on the raw food diet. There will be days you will be feeling tired and others when when you feel like you can bottle your energy and offer it up for sale.

I have a friend who works at an answering service. He takes calls for several doctors. I asked him to give me a list of problems people were calling about on an average day. His list came back very long and horrific. To mention just a few of the crisis situations on his daily shift:
Hyper-parathyroidism, ablation, G.I. bleeding, bacteremia, sepsis, renal failure, acute pancreatitis, elevated glucose levels, gastroptosis, intractable vomiting, myocardio anti-coagulation, spinosis of the back, varicose veins, blood pulsating, excessive female bleeding, anemia, pleural fluid, syncope, bradycardia, tuberculosis, hyperkalemia, elevated blood pressure…

Message: If all you get is a little tired by the end of day, you’re not doing too badly. Our cooked-food population is very sick, overall. Our raw foods group is doing so much better. Accordingly, we should have different parameters by which to be judged, medically. But no one has ever done comprehensive research on us raw food folks, to establish our natural parameters.

I’m often asked: Have I had any medical tests done? Some even ask me to get those tests done. Friends…I love my readers dearly, but I’m not about to volunteer myself as a guinea pig. One of the main reasons I follow the 100 percent raw foods lifestyle is to avoid doctors. Lord knows I’ve met my share!

The Raw Food Lifestyle Turns You into a Different Specimen.

What will tests tell me that I already don’t know? Doubtless, some of my results will be abnormal, according to standardized testing. I already know my white blood cell count is, by conventional standards, low. Iron, too. The catch: Those “conventional standards” are the standards found in a population which almost exclusively consumes cooked food. And too much food altogether as well, you’d agree. Once you been on raw foods a while, you will seem an enigma to the medical community.

If you’ve read at least one of my books, then you are familiar with calorie restriction and its anti-aging benefits. At the Wisconsin National Primate Research Center calorie restriction has been tested on rhesus monkeys. In the July 10, 2009 issue of “Science”, researchers reported the status of rhesus monkeys that have been on CR for 20 years compared with a control group given a normal diet during that time. The CR animals still show remarkably fewer signs of aging (none show any signs of diabetes) compared to the control group.

These changes are also associated with increased longevity in CR human volunteers. I would imagine their physicians, if they are not knowledgeable in CR research, would be very alarmed by their “abnormal” tests results.

I am practicing a low calorie raw food diet. It is an anti-aging diet. Why would I even want my tests to be the same as of that fast aging cooked food population? Get more information about the link between calorie restriction and the raw foods in my most recent book, Raw Food and Hot Yoga.

From Disability to Superior Health

How to Survive Your First Hot Yoga Class: My Initiation, And Yours!
Evolution of Your Raw Food Diet
Best Tips for a Flat Stomach: Tummy Tuck Alternatives
When Science Goes Wrong
Colon Cleansing: Do You Need it?