Antibiotics…the Looming Superbug Crisis and the Way Out of It 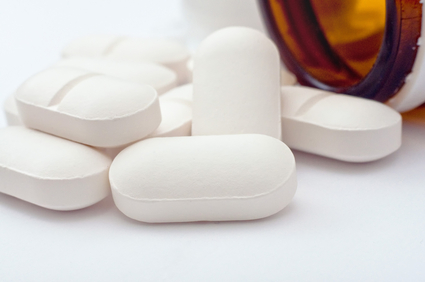 The End of Antibiotics

According to the Centers for Disease Control (CDC), we are on far edge of the antibiotic era as we know it. Antibiotics no longer work against harmful bacteria in more and more cases. If even such an organization as the CDC gives us this warning, the situation must be getting truly serious.

Modern medicine’s go-to staple, antibiotics, have been around since World War II. With the convenience of doctor’s prescriptions and your neighborhood pharmacy close by, up to now, society has taken antibiotics for granted.

But ever since antibiotics were first introduced in the forties, scientists noted that the microorganisms these drugs were designed to subdue would gradually develop resistance and continue to proliferate in their new forms. It takes an average of five years for a species of bacteria to develop resistance to a drug, which has prompted the pharmaceutical industry to develop new generations of drugs to keep up with rapidly adapting microbes. From the beginning, the medical community knew that the key to maintaining effectiveness in antibacterial drugs was to use them only when needed and only for a short duration. As you are well aware, this hasn’t happened.

Proliferation of Antibiotics Beyond Medicine

In the world of medicine, antibiotics have become the default, go-to solution for any infection—and not just for human bacterial infections. Modern agribusiness is the biggest user of antibiotic drugs. Antibiotics are being fed even to healthy livestock confined in feedlots to prevent potential breakouts of disease and help the animals gain weight quickly. About 29 million pounds of antibiotics—80% of all antibiotics sold in the USA—are consumed by the meat industry, with only 14% being used for actual infections. Yet it looks all these antibiotics aren’t working, since according to CNN, every time you buy meat at the local grocery store, you have a 50% chance of getting harmful bacteria along with it and half of that contaminated meet is harboring drug-resistant bacteria.

And even in places where antibiotics are “supposed” to be used, hospitals, the situation is not much better. Hospitals are notorious sources of infection. The CDC reports that at least 23,000 Americans die each year as a result of exposure to drug-resistant microorganisms.

Who is to Blame?

The list of antibiotic-resistant bacteria is growing. Growth of international travel will ensure each country shares a very similar list of microorganisms, evolved to resist the drugs made to chase them. It is totally human to try to find a scapegoat when faced with such a crisis, and agribusiness, the medical establishment, researchers, and uneducated consumers all fit that scapegoat profile. But blaming and finger-pointing doesn’t help a bit if you become exposed to an infectious agent. Imagine hearing, Sorry, we have nothing to combat the infection you’ve got. Good luck! Similar words have been already uttered in hospitals across the country.

Starting to Get Down?

If you are starting to despair, don’t! Any problem always has a solution inherent within it. Here’s what we can learn from these morphing microorganisms: In order to survive the adverse event and continue to thrive, they have to change. Just as bacteria change in response to the adverse event (a drug), we as intelligent human beings must change, too, in order not to allow the pathological microorganisms proliferate within. 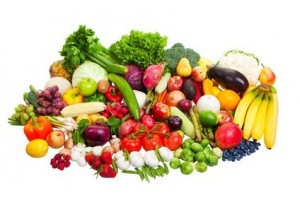 But how do we do that? By creating an environment hostile to disease-causing microorganisms. Here’s where dietary and lifestyle changes come in. What better incentive do you need to start transitioning or re-commit to a raw food diet? This is a way of eating that doesn’t tax the systems of your body with pounds of cooked food matter, which relies on your body’s resources for its digestion. Raw foods are mildly cleansing yet highly nourishing at the same time. They give you the opportunity to return to your normal body weight, eliminating the many weight-related health issues along the way. Once you are established on a raw food diet, and your body finishes cleansing, you will forget what it means to be sick or feel tired. In other words, you’ll have created a bodily environment hostile to disease-causing microorganisms.

Any change is hard. But this one is necessary if we want a change in health. We do need this one, considering the poor state of modern medicine with its heavy reliance on the ticking time bomb of antibiotics. You have the power to initiate that change. Start with where you are and what you’ve got to work with, and take the next step in the right direction. Books, videos,  websites  are there to support you. With every bite of food, movement, thought and action, forge a commitment to make your internal environment cleaner and healthier. Not only will you feel and look younger, but as a bonus, you’ll come to have few worries about harboring drug-resistant bacteria.