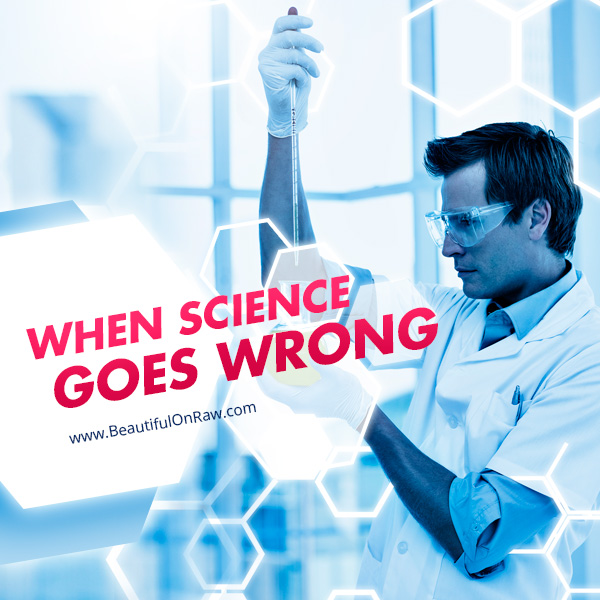 You may have run across this one already: England’s Which? Gardening magazine has published a claim which suggests vegetables grown using conventional methods—pesticides and all—may offer higher nutritive value, especially in vitamins, than organically grown vegetables. Daily Mail ran a story with this sensationalist headline: Organic produce 'not as good for your health': Vegetables grown with pesticides contain MORE vitamins.

The Daily Mail refers to a study performed in a single split plot in the Cotswolds, involving potatoes, tomatoes, and broccoli. The non-organically grown potatoes and broccoli were sprayed with a standard weed killer, treated with two insecticides, and fertilized with a brand-name fertilizer. The organically grown vegetables got manure and some turnover of the soil. The tomatoes, in both methods, were raised in grow-bags—one set was organic, the other not. The non-organic broccoli, reports the Daily Mail, was said to contain “significantly” more antioxidants, while “expert” tasters preferred the non-organic tomatoes. The researchers found more vitamin C in the non-organically grown potatoes.

One study. A very small-scale study, as even Which? Gardening admits. Then there’s the big issue: Who did the study? And what was their motivation?

There is a pretty widely and credibly held perception and belief—that organically grown vegetables are, in ways that matter profoundly, better for you. And this has been scientifically proven many times over. We shouldn’t find it surprising that one study, in one place and time, gives anomalous results. It happens all the time in nutritional science.

The study itself is both too narrow and biased. Because it fails completely to evaluate and consider one major set of reasons people like to buy or grow organic. Most of us go organic primarily because of what we’re not putting into our bodies. Pesticides. Weed killers. Fertilizers. All manner of delightful chemical stuff delivered in solid, liquid, and aerosol form, which soaks into our vegetable food and does all manner of unpredictable and undesirable things within us, including toxic and carcinogenic effects.

This study hasn’t fared well in the British press. The policy chair of Britain’s Soils Association branded the study’s manner of publication “irresponsible”.

Sometimes science does indeed hand us the wrong conclusions. And sometimes, we find outright fraud in some corner or other of the scientific community. It doesn’t happen all that often. But happen it does.

Witness statements in the last few years in popular media that red wine, once thought no better than an occasional treat, a now-and-then indulgence, is actually good for you. Various scientific studies, especially as interpreted by the media, have brought us to what’s actually a quite widespread belief that red wine is good for your health. Why? Because it contains resveratrol, found to activate beneficial proteins.

Google the University of Connecticut. A big, well-heeled, highbrow institution by anyone’s standards. Add Dr. Deepak Das. Out of the resulting investigative brew immerges: one hundred forty-five instances of falsified data, apologies and corrections made to no fewer than eleven journals publishing questionable research, and much of a million dollars in research grants lost to the university. Quite an oops!

And there is always the issue of who is paying for the research. We’ve seen nutritional science prostitute itself before. Take a look at this study, which says milk is good for children: http://fhs.mcmaster.ca/main/news/news_2011/milk_child_hydration_study.html

Then check out, way down at the bottom of the file, who funded the research: the Dairy Farmers of Canada.

It’s always wise to use a common sense while dealing with the latest scientific breakthrough. If it says that baby formula is better than mother’s milk, that tanning beds are better than natural sunlight, organic produce is 'not as good for your health’ as vegetables grown with pesticides, beware.