From Severe Disability to Superior Health

This is NOT just another book on yoga poses, but a book that will do something no other yoga book has done. My aim ... to inspire you as no one has before.

If you've tried yoga and failed ... if you've only thought about doing yoga, this book will get you off your laurels and doing it. Think you're unfit? Inflexible? Just “can't” do it? We'll make it together.

My rock-bound belief: The raw food lifestyle can solve most health problems for all people. The same goes for hot yoga (aka Bikram yoga). It can resolve most health issues for all people. But both practices combined can eliminate all health problems for most people. An additional bonus: raw food and hot yoga combined provide the most stunning and swiftly reaped anti-aging benefits. 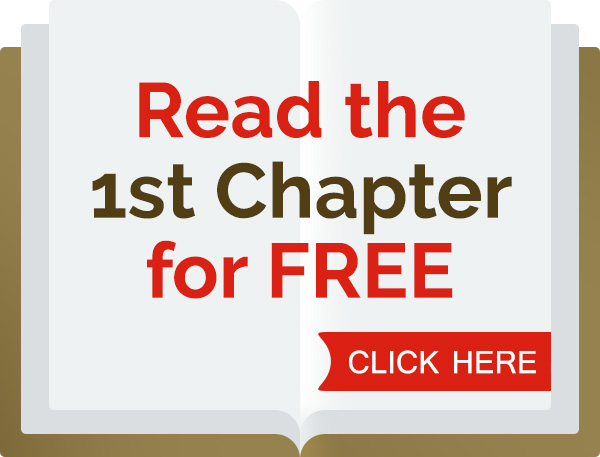 And who am I? I'm Tonya Zavasta, and I'm 15 percent titanium. Wrecked hips, a ruined childhood, years of pain and embarrassment - along with a decade of discovery - have brought me here. From SEVERE disability to SUPERIOR health - that's my story. YOU can do it, too! And I can show you how to get there!

So if you haven't heard from me with an answer to your question, most likely you will find it in this book. In this new book you'll find fascinating, rare material about dry fasting. I also share what I've learned visiting anti-aging conferences. I discuss calorie restriction in light of the latest scientific discoveries. Is there hope in anti-aging medicine? There's a chapter about losing weight and - for that other, smaller crowd who needs it no less - gaining weight. Is the raw food diet for everyone? What is normal weight loss on raw foods? Are some of us exceptions and simply cannot achieve optimum health eating in that way? Why do some people fail on the raw foods lifestyle? How can you keep from failing? What about a theory for eating according to your metabolic type?

These are among the questions you'll find answered. Moreover, I present new insights about drinking bottled water and taking supplements. I discuss how raw foods and hot yoga can re-build your body and eliminate limitations, disabilities or other restrictions you suffer. And, of course, I talk about the benefits of hot yoga - including a few even Bikram himself doesn't talk about! In each chapter, I tell stories about my continuous struggle with Bikram yoga poses as well as my journey from severe disability to superior health. My goal: to offer inspiration no other yoga book has ever offered.

When I first heard of calorie restriction as a means to life extension (by reading Maximum Life Span by Dr. Roy Walford) I told everyone that my dream was to practice calorie restriction. Over the decades, it became just that: a dream, a fantasy. Until the second day of reading Tonya's new book!

Even as a raw foodist, there has always been a bit of a ghost of the old eating disorder to haunt me - munching on nuts when stressed, for example. But this book helped elevate me from eating disorder to eating of a higher order. This is definitely the next step after going raw, and Tonya is a trendsetter in the raw food community.

Tonya sprinkles humor throughout her book, and she will have you howling over some of her funny stories. She is also remarkable at metaphors, despite English not being her native language!

Some people may question Tonya’s advanced degrees in mathematics and engineering as qualifying her to write her fourth book on health. But her main credential is that she looks 15 to 20 years younger than her age of 51, and not many people (even among the raw food community) can say that. Furthermore, she went from being a cripple with two artificial hips to being able to do two sessions (three hours!) of Bikram yoga nearly every day!

The topics discussed in a most delightful, informal, humorous manner include the benefits of raw foods, Bikram yoga, dry fasting, calorie restriction, skin care, healthy bowel movements, bone care, recipes, green smoothies and more. She even has the perfect solution to the problem that some people encounter when going raw: losing too much weight. (The answer will surprise you!) She devotes an entire chapter to advice on dealing with a significant other who chooses not to follow your path to optimal health.

Tonya has the courage to take on all anti-aging researchers - we're talking about people who have made it to mainstream television—and question the validity of taking resveratrol or waiting for drug companies to invent some pill to mimic the effects of calorie restriction. She points out with the pure logical argument of a physicist and mathematician that if free radicals from food is what causes most of our aging - wouldn't not eating so much food be the only rational solution? (And she actually makes it sound like FUN to eat less!) With sheer scientific genius, she also debunks the myth of an anti-aging pill, so forget waiting around another 30 years for that to happen. No more excuses for postponing discipline!

I adore the fact that Tonya also addresses the dogmatism of the vegan population. I couldn't have said it better (and probably wouldn't have been as diplomatic as she). Some people simply have to choose between optimum health and being 100% vegan, and this is something our zealous vegan friends need to understand.

This book will leave you hungry—not for food, but for even more information about calorie restriction, Brikam yoga, dry fasting and/or the raw food diet. You will be inspired to pursue a path to purer levels of health than you ever dreamed possible.

— Susan Schenck, author of The Live Food Factor, The Comprehensive Guide to the Ultimate Diet for Body, Mind, Spirit & Planet

As you know, I never give information without inspiration. While my research is important to me, I am at least as big on motivation. I want to cover some challenges to the raw food lifestyle and methods but at the same time reflect the reality that benefits by far outweigh the challenges. I don’t want to repeat matters I have already explored elsewhere, but I want to answer the questions that you still have after reading my published books. So I faced the dilemma of how to address all your questions and at the same time not discourage a single soul. I found a solution: I will have one chapter filled with inspirational stories of raw foods from my readers as well as a chapter dealing with various hard questions that are presented to raw foodists and yoga enthusiasts.

I enjoyed working on the book very much, and I'm so happy not to eat at night anymore--a great liberation. Eating at night is for owls, bats, and other nocturnal animals. And we're definitely not nocturnal.

I feel, in addition to your raw food and yoga expertise, you have immense comedic talent. I had so many good belly laughs especially in the vivid scene you painted with Nick's mother, Nick's yoga and hamster comments, and there were poignant scenes too--such as your grandma trying to see you in the Moscow hospital. Surely no other raw food or yoga book will touch its readers with such immediacy and emotional intensity.

Tonya Zavasta is a raw foods expert, lecturer, and the author of seven books on the 100 percent raw foods lifestyle. With her math/science background, Tonya's creative thinking reaches from quantum physics to cellular biology to the salad bowl. Her tireless research has led her to understand and harness raw foods' beautifying powers.

Her books, Your Right to Be Beautiful and Beautiful on Raw, show you how to radically improve your life, health and appearance through the raw foods lifestyle. This book is the companion to Quantum Eating: The Ultimate Elixir of Youth where she presents her exploration of the most advanced anti-aging practices. Tonya, now in her early 50s, is walking testimony of the power of raw foods to reveal the natural beauty within us all. Radiating health in every sense of the word, she teaches “raw eating” the world over.

If you're a fan of Tonya Zavasta's books, you'll love this one, which is in our opinion her best yet. Bikram (or hot) yoga is renowned for its powerful detoxifying, healing and rejuvenative properties. So is the raw diet and lifestyle. But never before has there been a book about the superior results you can achieve when you combine the two. The book covers this subject in depth and Zavasta has definitely achieved her stated goal of writing a book that doesn't only inform but also inspires. However, it covers a lot more besides the topic on the cover. Zavasta expands on some of the most fascinating themes from her previous books, with a wealth of information on the health and rejuvenative benefits of calorie restriction and fasting.

You can purchase this book at my Online Natural Beauty Store.

Should Kombucha Tea be a Part of Your Raw Food Diet?
Muscle Loss Due to Aging: How to Avoid it?
Monkeying Around With Calorie Restriction
100% Raw Versus “Whole Food Diet”: Is Close Enough Good Enough?
Raw Foods and Natural Body Cycles