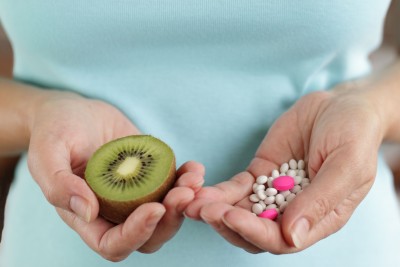 You might long for those periods to be gone, but early menopause is not a good thing. Even if a woman misses a few periods, menopause is not “officially” reached until a woman has experienced a year period-free. During pre-menopause, many women endure symptoms including hot flashes, vaginal problems and bone loss as a result of the estrogen highs and lows that accompany this transition time.

Menopause is considered “early” when it occurs prior to the age of forty. Often, menopause is induced by hysterectomy or chemotherapy. In the absence of such medical intervention, it is called premature menopause or “premature ovarian failure.”

I believe that, for the truly healthy woman, menopause is symptomless, and will tend to occur later in life than is presently the norm. According to the North American Menopause Society the normal age for menopause is 51. It is the unhealthy body, I believe, which experiences more problematic menopause.

There are the health advantages in having late menopause. The Naval Medical Center in San Diego performed a study that indicated that, the later the menopause, the less cognitive decline later in life. Higher levels of estrogen give extra protection against osteoporosis, heart disease, strokes and wrinkles. This research was done, of course, on the cooked-food population.

My hypothesis: On raw foods , we will find that there is not much of a link between aging rates and menopause. Some doctors claim that late menopause can increase the risk of breast cancer, because of higher levels of natural estrogen. However, these are often the same doctors who recommend breast removal to avoid breast cancer. The best predictor of the age at which you will go through menopause is your genes. Ask your mother at what age she stopped her periods. That’s a good estimate for you.

But not if you go raw! My mother went into menopause at age 45. I am now 50, and I have not experienced a single symptom of menopause. My close up vision is perfect. I sleep like a baby. I have never had a hot flash. Up to the age of 50 my periods have come every month like clockwork, lasted about two days, and were light. These days I still have regular periods, but now every other month they are lighter than light—scarcely a drop of blood. If you have already gone through menopause, on a raw food diet you might initially see the return of your periods. A good percentage of women will start menstruating again, at least for a short time. My reading of this phenomenon: It’s another sign of detox. 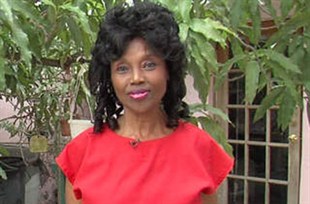 Some raw foods women go through menopause while still in their late forties, but so uneventfully that they barely notice the passage. I interviewed Annette Larkins, who addressed her experiences with raw foods and menses. Annette has been on a raw food diet for 23 years. Before going raw, her menstrual cycle appeared regularly and lasted five days, but she suffered severe cramps even as a vegetarian. However, after she went raw, her cramps virtually disappeared. She was still very regular and enjoyed problem free periods for a few years.

Then, sometime in her late forties—she doesn't remember exactly when—she noticed one day that she hadn’t had a period in two or three months. She hadn’t even thought of it until that moment. Initially she was alarmed, thinking she might be pregnant. But upon confirmation from her healthcare provider that she wasn’t, she came to the conclusion that it must have been menopause. She never had another period after that, and has experienced no other symptoms whatsoever!

However, says Annette, her periods stopped because she went through menopause, not just because she was ‘raw.’ Her menopause had been such an easy, natural transition that she actually missed the event altogether! She does not agree with the opinion that women should not bleed during menstruation, because she feels it is a natural function of the body during childbearing years.

After forty, many wish for their periods to be gone for good. Don’t. If you're eating raw and you’re one of those women who continue to have periods well into your sixties, think of all those wonderful benefits that go along with the hassle. And in any event, you know that the way to eliminate any discomfort during your monthly flow is simple: Eat raw foods.

Women often ask me: What will happen to me, post-menopause? The common opinion is that we age much faster after menopause. Here’s one such email:

I’ll be 54 in March. Till this month, I’ve never missed a period. They’ve been lighter than they used to be—the effect of raw foods?—and seem to come a little closer than once they did, but other than that, no real changes. I’ve never had a hot flash. It remains to be seen whether I’ll get my period in January. If not, that will be two months. This could possibly mean I have gone through menopause with no symptoms. I loved getting my period. Psychologically it made me feel young, that there was still youthful estrogen flowing in my body. I’m a little concerned, though what will happen to my looks when I go through menopause for real. Have you noticed any physical changes, Tonya? I assume you also hear from others, so I am curious about what to expect. I realize we are all different and that being raw might slow the decline, but still…it’s perplexing…

…The rate of aging definitely accelerates with each passing decade. But as you’ve noticed yourself, menopause needn’t be a very eventful thing. Like you, I used to think the cessation of menses would lead to a faster rate of physical “aging.” But so far, what I have noticed in the nature of “aging” has had no particular connection with menopause: I did see a little accelerated aging once I moved into my fifties, even though I still had my period. The only necessary sign of menopause is the end of your monthly period. The process need be no more troublesome than that.

UPDATE 2013: I’ve been raw sixteen years, now. My periods have been getting progressively lighter over the last 10 years and then stopped recently at 55. This happened 10 years later than in my mom's case. That's good, and I credit raw foods. It all happened naturally, gently, no discomfort, whatsoever. That alone—the myriad of other benefits aside—was worth the effort of going raw. And the best part of it…The raw food lifestyle prevents opposite-sex resemblance that inevitably happens to everyone on cooked food. For more info, see my YouTube.