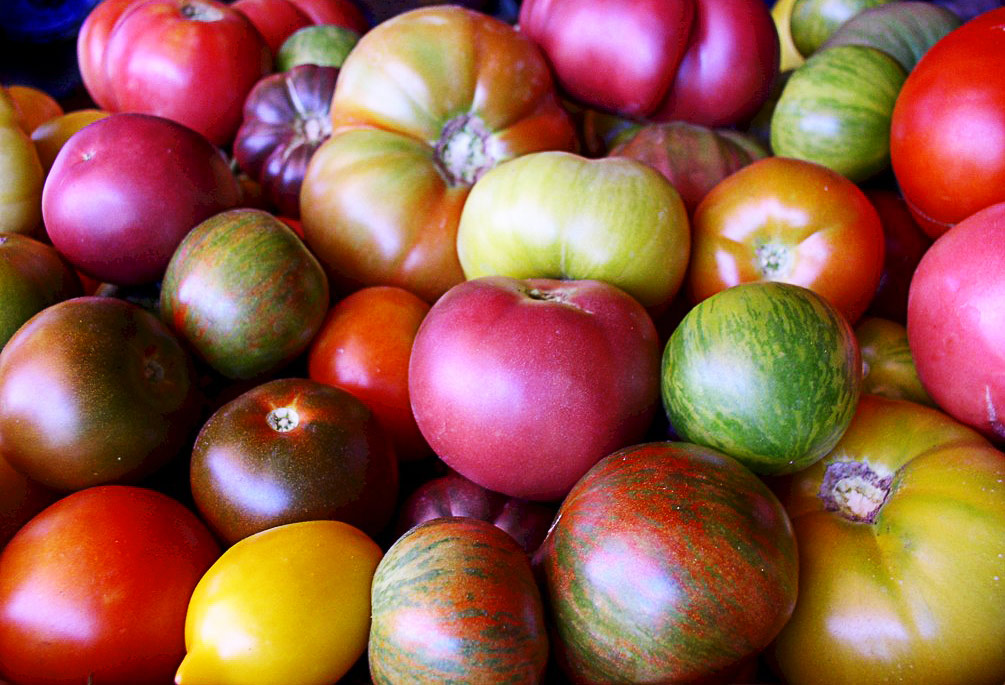 Scientifically, solanum lycopersicum—is quite proud of its status as the berry of a plant in the nightshade family. Wow—some berry!

Tomatoes are a major source of lycopene, an antioxidant linked to reduced risk of heart disease and cancer. Tip: The redder the tomato, the more lycopene inside! If you’re looking for beta-carotene, vitamin C, folate, potassium, and vitamin K, you’ll find them aplenty in tomatoes.

But what do these components really do for you? For one, they contribute to your heart’s health. Low levels of beta-carotene and lycopene are linked to increased risk of strokes and heart attack. Clinical trials show that lycopene supplementation helps lower LDL cholesterol. Observation studies link tomato consumption with lower incidence of lung, prostate, and stomach cancers. One study of women showed that high amounts of carotenoids, which tomatoes have in abundance, may also protect against breast-cancer.

If that’s not enough, tomatoes are also good for the skin. One study showed up to 40% fewer sunburns after eating 1-1/2 ounces of tomato paste, with olive oil, every day for ten weeks. 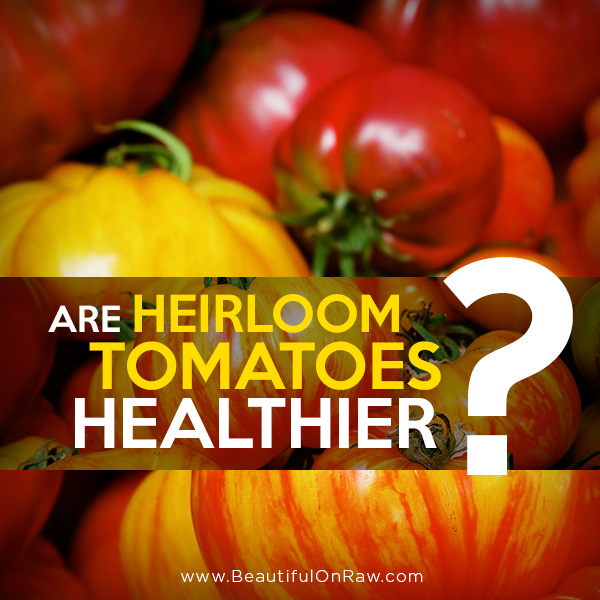 What about those oh-so-hip heirloom tomatoes? Are they really any healthier? So far I was not able to find any scientific evidence to back up such a claim. But I tend to believe it makes sense to put your tick-mark in the heirloom column. Why? They’re older, genetically, as breeds. Much less chance of their being mucked up, genetically, than anything you’ll find in the store, organics included.

Most of us know heirloom tomatoes as the tomato varieties with fancy names - Aunt Ginny, Black Plum, Cherokee Purple, Speckled Roman and what not. These are not just some sort of fashionable upmarket tomatoes — they're tomatoes with stories to tell.

Heirloom tomatoes are special. They are old-fashioned tomatoes grown from seeds handed down from generation to generation. Such seeds lead to distinct and consistent traits. These tomatoes are cultivated through open pollination, i.e., pollination by natural mechanisms such as wind, insects and birds. The term ‘heirloom tomato’ also refers to tomato varieties grown before World War II.

Because heirloom tomatoes stand for history, culture and a way of life, cultivators treat their seeds as treasures. Homegrown food lovers, gardeners and healthy food advocates around the world vouch for these tomatoes.

By comparison with the category of hybrid tomatoes, heirloom tomatoes come in a spectacular range of shapes, sizes, colors and flavors. You'll find, no perfect red ovals but beautiful, big, bursting, multicolored, ribbed and striped. Their complex flavor comes in a class of its own. Doesn’t matter how you decide to eat them — in a sandwich, in salsa or sauce, in soup or in juice - they will make any dish stand. Their taste and aroma will make them your favorites and will overshadow all other types of tomato.

A single heirloom tomato plant produces just a handful of tomatoes. As the entire plant focuses on just 2 or 3 tomatoes, they deliver superior flavor. Also, since heirloom tomatoes are often grown locally and naturally, there is enough time for the tomatoes to ripen all by themselves under the warmth of the sun. This also gives these tomatoes their distinct tang and zest.

While heirloom tomatoes are much more likely to be grown organic, especially since many heirloom growers are small local farmers, the label HEIRLOOM does not necessarily imply the tomato is also organic. So whenever possible make sure you look for “organic heirloom tomatoes”—not just the word heirloom.

You will be able to distinguish good heirloom tomatoes through their inviting earthy smell. Also, don't go by looks alone. They often look misshapen, ribbed and may exibit cracks in the outer skin. But that doesn't mean that they are anything less wonderful in flavor.

I love sun dried tomatoes. The drying process makes the tomatoes sweet like candy! And the ones made from heirloom tomatoes are the best.

The recipe is very simple…

You’ll need a dehydrator. I use the Excalibur with 4 trays. Wash the tomatoes, then slice them into circles about ¼ inch thick.

Arrange on the Paraflex-lined dehydrator trays. Fill out all the trays, and dehydrate tomatoes at the temperature, no higher than 118º F, till they’re completely dry, with no wet, juicy parts remaining.

Check on them every few hours. When they’re dry on the top, peel them off the sheets and flip them over directly onto the trays, without the sheets, to complete the drying process.

Once they are totally dry, store the dried tomatoes in mesh bags in an airy spot, or in vacuum sealed bags, or in a glass jars in a refrigerator.

A Step by Step Guide to the Raw Food Lifestyle

Homegrown heirloom tomatoes beat store bought hands down. We grow about 100 plants a year. We juice some daily, give some away, eat others fresh. dehydrate some for winter. These tomatoes have long been a staple in my diet. Read my article on the benefits of tomatoes. If you're concerned about tomatoes being members of the nightshade family, a problem for some, read my article The Light and Dark Sides of Nightshade Vegetables.