Is Coffee Good for You? The More the Better? 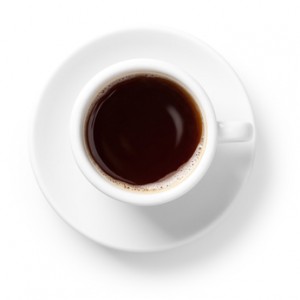 Drink one cup of coffee a day, and you’ll lower the risk of developing type 2 diabetes by 7%. Two cups a day, and if you’re a female you are 60% less likely to commit suicide. Three cups will help you to maintain healthy liver and gallbladder function, actually decreasing the risk of gallstones by 20%. Four cups a day will cut the risk of stroke by 43% in women who have never smoked, cut the risk of type 2 diabetes by 25% and lower diastolic blood pressure. And it gets even better … The amount of caffeine found in five cups reversed signs of Alzheimer’s disease in lab mice, prompting Finnish researchers to look at the effects of coffee on Alzheimer’s in humans, finding that five cups lowered the risk of Alzheimer’s by 65% in a population of 1,400.

But we should be very critical about experimental research done on groups of people. Each new claim must be scrutinized in the light of common sense, at least.

Consider this before you pour your next cup of coffee ... Just drink, and a tonnage of caffeine enters your bloodstream all at once. When caffeine enters the bloodstream, the body gets a signal that it is under attack. Emergency! the body cries, and trying to survive the siege, it will mobilize all its bodily functions. To avert the aggression, it consolidates defense forces. Pupils dilate so you can see the threat better. Your heart rate and blood pressure increase in an effort to supply muscles with more blood. To make more blood available to the muscles, the body decides that digestive system circulation is less urgent than the attack and reduces that circulation. The liver releases sugars and fats into the blood to fuel the fight-or-flight mode. Caffeine will stimulate your nervous system and adrenal glands, building to high alertness.

The human body cannot continue to maintain this state of high alert without serious risk to your health. Your body pays a serious price for this caffeine boost. Every morning, you feel groggy … gimme a coffee … and the vicious cycle begins again. “Using stimulants is like whipping a horse,” says Caffeine Blues author Stephen Cherniske. “They work a short time, but prove disastrous when used repeatedly.”

There is evidence that nutrients are lost in the urinary output after a cup of coffee. Caffeine causes loss of thiamin and other B vitamins, contributing to malnutrition. It reduces iron absorption and can lead to iron deficiency. Coffee’s phosphoric acid interferes with calcium absorption. Studies show an increased risk of fractures among women who consume caffeine. Mix caffeine with sugar, and the mineral loss is even greater. Drink your coffee and, two hours later, calcium, magnesium, and potassium show up in your urine. Where did all these minerals come from? Not from your coffee, but “thieved” from your body.

Caffeine exacerbates skin dryness, itchiness, and the jitters. Just like nicotine and alcohol, caffeine is a vasoconstrictor that diminishes the water and blood supplies to the skin. By contributing to dehydration, caffeine accelerates aging—more wrinkles and lines outside and the loss of metabolic efficiency inside. Read more about the negative effects of coffee on your health and appearance in Your Right to Be Beautiful.

There’s no doubt: Caffeine creates physical dependence. When you act on the decision to quit, you will experience headaches, fatigue, and depression. But this lasts only a few days. Then you’ll be free of this dangerous addiction.

While we’re at it, we should get rid of our addiction to “the latest scientific research” as reported in popular media. Take “scientific” claims that sound too good to be true with a grain of salt. Question sources of funding. If it looks like a duck, swims like a duck, quacks like a duck, then it’s probably a duck. If it acts like an addictive stimulant, then most likely it is. And that is coffee.